Ronnie Coleman is an American retired bodybuilder. He is one of the strongest bodybuilders for a reason- as he has won the title of Mr Olympia eight years in a row. Ronnie once held the record for most wins, with 26 titles as an IFBB professional. Dexter Jackson eventually broke the unbreakable record. This article deals with the current Ronnie Coleman.

His exceptional record of winning Mr Olympia for straight 8 years has earned his name- “GOAT”- Greatest of All Time.

Ronnie was born on 13 May 1964 in Louisiana. Ronnie’s mother single-handedly raised him and his siblings. Ronnie has one younger brother and two sisters. He became famous in high school for his strong imposing figure and his dominance over others of his age, in playing high-level football.

Ronnie wanted to be stronger than his peers, so from there, he decided to gain strength and fitness. His determination of strength then became his motivation for weight lifting and his fitness journey started from then onward.

Although, he was into fitness from high school; he did not choose bodybuilding as a professional career from the beginning. In his early life, he had to struggle. After completion of his graduation, he took up the job in Domino’s Pizza. He was so poor at that time that he used to eat complimentary pizza because he could not offer to eat outside.

Ronnie realized that he was destined to do bigger things than jumbling upon Pizza. He then took another job as Police Man and continued to train himself in the gym. Luck was in his favour as his police station had a private gym where he could lift heavyweights.

Ronnie soon built a strong body, which was hard to manage with limited equipment. He switched over to a bigger gym and met Brian Dobson, Owner of the gym. Brain learned the potential and capabilities of Ronnie so he offered him free life-time membership, only if Ronnie would allow Brian to train him.

He was trained enough by Brian to take participate in the Mr Texas Show in the year 1990. In heavyweight and overall categories, Ronnie did not only participate but also won first place. Ronnie beat his trainer- Brian and many other great bodybuilders.

He was reckless and took participation in many contests/shows. In 1995, as a professional, he landed first place in the “Canada Pro Cup”. From the year 1998 to 2005, he won the title of Mr Olympia.

As of the year 2021, Ronnie Coleman Net Worth is 2 Million. His professional unbeatable records and film appearance have helped him in snatching Net worth of 2 Million. Ronnie Coleman has reached the bodybuilding Hall of Fame.

After he retired from professional bodybuilding, he has tried several other fields too. From endorsement and as a businessman, he has earned a substantial fortune. He also has made several appearances in films- combining all; Ronnie Coleman Net Worth has become 2 Million.

As earlier stated, Ronnie tried his hands on filmography and here are the lists of his best movies

Ronnie has always supported physical fitness and promotes the same. Well, in the year 2011, Ronnie established himself as an entrepreneur. By starting a company ‘Ronnie Coleman Signature Series’, Ronnie started to manufacture his own sports nutrition and wellness products.

The athletes and bodybuilders likes his product.

Normally, Ronnie likes to perform his workout at High noon and spends around 2 hours. He has a daily routine plan to execute his workout. Barbell Squats, Leg Extensions, Lying Leg Curls, Calf Raises, and many others are part of his daily exercises.

Ronnie had to plan his meals in accordance to sustain his healthy body and muscles. He has a strict diet plan, and he stuck to it.

Ronnie had met Rouaida at a sports exposition in Paris and later on got married in 2007. Ronnie got divorced from Rouaida and got married to Susan.

In recent years Ronnie has gone through serious surgeries that made him feels that he would not be able to walk again normally. He had to spend a fortune on those surgeries.

Ronnie Coleman is one of the greatest and strongest bodybuilders. Even after he retired from his professional career Mr Olympia is still remember by many, due to his magnificent records. 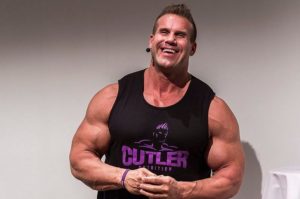 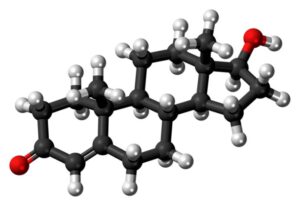 Understanding the Role of Testosterone in Men’s Health! 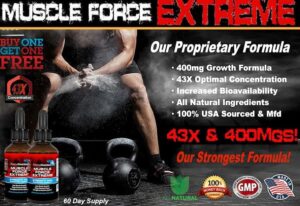