DNA or Deoxyribonucleic acid refers to a molecule that dictates an organism’s formation, life, and reproduction. The instructions are present in every cell and are typically transferred from parents to their children.

There are several controversies about DNA. However, you can learn facts about DNA  during DNA day. In the meantime, we will discuss what DNA is, how it functions and how it’s sequenced. Keep reading;

DNA comprises a molecule known as nucleotides. Each nucleotide features a phosphate, sugar group, plus a nitrogen base. The 4 forms of nitrogen base include adenine, guanine, cytosine and thymine.

Nucleotides are joined together, forming two long spiral strands to create a structure referred to as a double helix.  Actually, if we likened the double–helix structure to a ladder, the sugar molecules and phosphate would be the sides, and the rungs would be the base pairs.

The human DNA comprises roughly three billion base pairs. And over 99% of the bases are similar in all individuals- that’s according to the United States NLM (National Library of Medicine).

Just like the way Alphabet letters follow a sequence, Nitrogen bases sequence in a DNA structure make genes which, according to the cell language, describe how to create proteins. In short, this process means that the genes encode proteins. However, DNA does not influence the production of proteins directly.

The cell duplicates the gene when making a protein using RNA or ribonucleic acid instead of DNA. The RNA duplicate referred to as messenger RNA instructs the cell’s protein-creation system, which amino-acids bring together to form a protein.

The DNA molecules are lengthy to the extent that they need suitable packaging to fit perfectly into cells. To fit into the cells, the DNA is twisted tightly to create structures known as chromosomes. Each chromosome has one DNA molecule. There are twenty-three pairs of chromosomes in the nucleus of each cell.

Explain How the DNA Functions

The genes encode proteins that perform various essential functions in human beings plus other living beings. For instance, human gene HBA 1 has instructions for creating alpha globin protein, an element of haemoglobin (the oxygen that carries protein in the RBC (Red Blood Cells). Also, the OR6A2 gene encrypts an olfactory receptor-this is a protein that perceives nose odours. The scientists expressed that in the journal Gene 2021. Based on your OR6A2 version, you may like cilantro.

How DNA is sequenced

The sequencing of DNA uses technology that enables researchers to establish the bases sequence inside a DNA molecule. The DNA base order contains the information needed by the cell to assemble RNA molecules and protein. Note that scientists examining the functions of genes value information about DNA sequence.

The DNA of an individual has information regarding their origin.  Sometimes DNA can reveal whether an individual is at risk of certain diseases such as cancer and so on.  Genetic tests, or DNA tests, are used for various reasons, such as diagnosing the genetic disorder and establishing whether an individual carries a genetic mutation they are likely to transfer to their offspring.

Also, these tests help determine if a person is prone to a genetic disease. For example, some mutations in BRCA2 and BRCA1 genes increase ovarian and breast cancer risk. Analysing these genes through a genetic test helps establish whether an individual has mutations.

The results of genetic tests could affect someone’s health. As a result, these tests are offered together with genetic counselling to explain the results to the involved parties and the consequences. Also, genetic testing results help people to find their relatives. 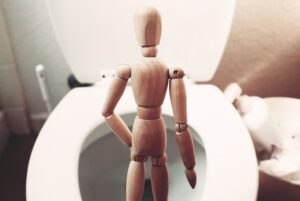 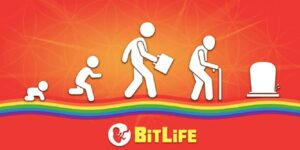