When we think of Silicon Valley we envision large corporations developing social media apps, search engines, or online retail stores. We don’t often distinguish the relationship between this sector and the pharmaceutical industry. However, in recent years these tech giants are definitely making their move concerning the options healthcare offers. In fact, it seems like pharmaceutical companies will become increasingly reliant on the services that these companies provide. With Apple, Amazon, and Google holding higher value than 5 of the most profitable companies in a pharmacy combined, they’re definitely going to be taking their piece of the pie.

Must Read What to consider before selecting an online pharmacy 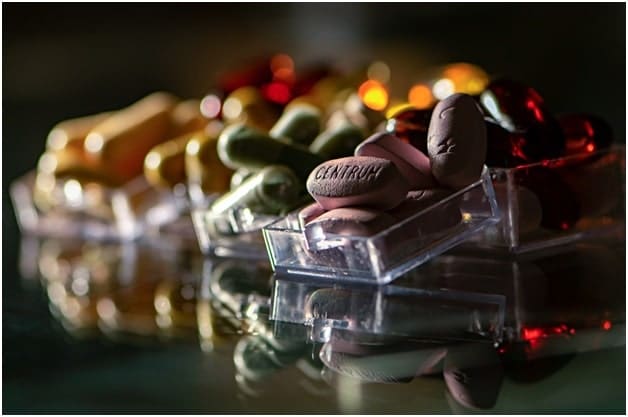 More and more frequently technology is being used and implemented within the health sciences in order to understand human life better. The same artificial intelligence used to create voice recognition may be employed in the development of new drugs. The creation of equipment that may be used for the life sciences is able to be developed by startup companies familiar with the technology. However, artificial intelligence has long been the domain of companies like Google and Amazon with their voice software showing their experience with this form of tech.

Even block-chain software used for BitCoin has given an idea to health care on how to encrypt patients personal data and protect it. The tradition of pharmaceutical companies handling long drawn out processes of creating and distributing their products is seemingly on the precipice of dissipation. Amazon is even offering a cloud option in order to help companies reduce the costs associated with the development of new drugs. The examples of the pharmaceutical industry being dependant on substantial amounts of technology are ever growing and don’t seem like it’s going to be stopping anytime soon.

Amazon has already encroached on the distribution of pharmaceuticals by purchasing the PillPack app which allows patients to avoid going to their pharmacy. When big tech companies like Amazon are dipping their noses into the pool you know the industry is in for a shake-up. Where this might have not been a concept previously thought of, getting your pharmaceuticals is increasingly just like ordering any other product on the internet. This is especially important for those with a long list of medications they need to take every day. As the life expectancy of the population increases, so do their medication regimens, and this equals a higher profit to be made, and higher demand to meet.

Medications for erectile dysfunction (ED) and the like are also being prescribed and purchased online, removing the need for an awkward conversation with your doctor. When you take the negative interactions out of the equation, online pharmaceuticals tend to appear more attractive. The professionals at the Mapi-Institute provide information on ED and treatments here, as well as a review. Now that professional information about pharmaceuticals is available online as well, there’s no reason not to inform yourself.

Apple, Google, and Amazon are all making their way into at least the health fields if not pharmaceuticals. The Apple watch has intelligent technology that could be used to detect heart attacks as well as arrhythmias in the future. The FDA has already approved the applications associated with the Apple Watch technology and they did it relatively quickly. Google has more than 150 related health patents and they were investing in the program 23andme which was known for giving people knowledge about their genetic information and heritage. Of course as mentioned earlier, Amazon is definitely moving into this sector. With all the big tech companies making their move it’s easy to see how Silicon Valley is getting their piece of this pie.

With the development of pharmaceuticals ever more reliant on complex technologies it makes sense that technological companies would be employed to assist in the creation of new drugs. They have more resources, more money to invest in technological development, and a stake in the profit. Amazon and other tech companies are already jumping on the distribution of medications, and online prescriptions are offered more readily available than ever for issues like ED. Apple and Google are also on the same boat as Amazon, jumping headfirst into getting their piece of the pie in this profitable industry. Although they are involving themselves in more unconventional ways, they’ve invested in industries typically associated with big pharma. We’ll have to wait and see how large the piece of the pie is that Silicon Valley takes, if they don’t happen to eat the whole pie.