Not many people are willing to entertain the idea that marijuana is good for diabetes but it actually might be true. Research has found that marijuana can help regulate blood sugar levels which is one of the many ways to regulate diabetes. Studies have also shown that marijuana can reduce insulin resistance and stimulate pancreatic function which is a way to prevent the development of type 2 diabetes. Diabetes is a very serious medical condition that impacts the lives of many people. It is a disease that is difficult to manage and has serious health implications. Marijuana has been used to combat diabetes symptoms such as nausea and vomiting, the only question is, does it work? Opinions are mixed on this; we will explore both sides below.

Diabetes is a chronic disease that results in too much sugar in your blood. There are two types of diabetes, type 1 which is a chronic condition where the pancreas produces little or no insulin, and type 2 which is also chronic and affects the way that your body processes glucose (blood sugar). Diabetes is treated in a variety of ways and treatment aims to control blood sugar and this can be done through diet, oral medication, or insulin which is the primary form of treatment. There is no known cure for diabetes, the aim is just to control it. Most times, there are no symptoms of diabetes but when symptoms do arise, they can include excessive urination or thirst, weight loss, blurred vision, and fatigue. Weight loss, insulin therapy, blood sugar monitoring, and regular exercise are among the many ways to provide relief when you have diabetes.

How does marijuana affect the body?

Marijuana, also known as cannabis, is a psychoactive drug that derives from the cannabis plant. This drug has been used recreationally and medically for centuries and in recent years, it has become legalized. There are a wide variety of ways that one can consume cannabis including smoking, vaping, edibles, tinctures, topicals, or in pill form to name a few. There are 2 main active ingredients in the cannabis plant, THC and CBD. After using a grinder like those available at DankStop, it’s time to place it inside a dry herb vaporizer, which produces mind-altering effects and the user experiences a “high” as well as some medical benefits such as pain relief. There are 2 main strains of THC, indica, and sativa. Indica affects the body and induces a state of calm and restfulness whereas sativa affects the mind and gives the user energy and motivation. CBD, on the other hand, produces no psychoactive effects but when consumed, offers a variety of medical benefits including relief from pain, anxiety, depression, PTSD, insomnia, and eating disorders to name a few.

Medical research on marijuana and diabetes

Marijuana has been shown to have the following benefits for people suffering from diabetes:

A 2013 study published in the American Journal of Medicine showed that cannabis compounds could help control blood sugar and people who consume marijuana are far less likely to become obese. People who consume weed also produced higher levels of “good cholesterol” and had smaller waistlines.

The pros and cons of using medical marijuana for diabetes relief

We already discovered that marijuana can help manage symptoms of diabetes and reduce insulin resistance however let’s look at some risks of cannabis consumption. Some risks include:

Cannabis can also interfere with your diabetes medicine and alter the effectiveness so make sure you monitor your blood sugar levels while under the influence. Diabetes medication can range from $200 to over $600 per month. The medication might cause side effects such as nausea, gas, and bloating to name a few. Medical marijuana has no such side effects. 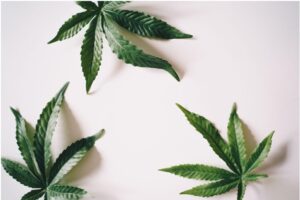 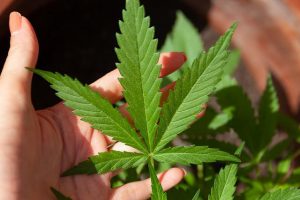