As the weather starts to warm up in the coming months, most of us are going to be spending more time outside. While this is enjoyable, it also means that we’ll be exposed to vector-borne diseases. To help you know what you should be on the lookout for, we’ve put together a list of five vector-borne diseases to be aware of this summer. But first, let’s start here.

According to the World Health Organization, a vector-borne disease is an illness that is carried by a vector, which is a living organism that transmits infectious pathogens to a new host. It’s important to understand that the vector itself doesn’t cause the disease, but rather carries the pathogen that causes the disease. In fact, the disease-causing pathogen might not even have any effect on the vector. Common vectors are mosquitoes, ticks, and fleas. Fortunately, these illnesses are not always transmittable from human to human.

First introduced to the United States in 1999, West Nile fever has become endemic and causes recurring outbreaks. The West Nile virus is carried by birds and mosquitoes and is easily transmitted through mosquito bites.

While most cases of West Nile fever are mild and the disease goes away on its own, severe cases can include severe headache, disorientation, or sudden weakness. These symptoms require immediate attention from a medical professional. Treatment for mild cases includes over-the-counter pain relievers and cases with severe cases need hospitalization for supportive care.

Lyme disease is a common vector-borne, bacterial infection that’s seen all across the US. Northern states that have heavily wooded areas are common places for individuals to contract Lyme disease because it comes from ticks, which typically reside on deer and rodents before latching onto humans.

Those who are infected with this vector-borne disease will commonly experience flu-like symptoms, body aches, headache, and a rash in a bullseye pattern. The rash is the most easily identified symptom. Effective Lyme disease treatment includes antibiotic treatment as well as symptomatic relief.

Another tick-borne illness is tularemia. Most cases are identified in the midwestern United States and the Pacific Northwest. While tularemia is a bacterial infection, the symptoms each person experiences differ based on how and where the pathogen entered the body. The most common cases present swollen and painful lymph nodes, a skin ulcer at the site of infection, and flu-like symptoms. Symptoms can show up as quickly as five days after infection or take as long as 21 days to manifest.

If you’re ever worried about possible exposure due to a tick bite or exposure to a dead animal, see a medical professional right away in order to have your symptoms evaluated. An antibiotic injection is a preferred treatment for tularemia.

There are a variety of spotted fevers that are carried and transmitted by ticks. While the name suggests Rocky Mountain spotted fever (RMSF) is isolated to the Rocky Mountain region of the United States, this illness can be found everywhere in North and South America. However, it’s most commonly found in the Southeastern US. Cause by one of the more common strains of Rickettsia bacteria, it’s carried by the American dog tick, the brown dog tick, and the Rocky Mountain wood tick.

Symptoms of RMSF are consistent with the flu, but the accompanying rash is distinctive. Individuals with RMSF will get a non-itchy rash that appears on the wrists and ankles three to five days after initial symptoms show up. The rash can spread up the arms and legs as well as extend to the feet and palms. Early antibiotic treatment is key to successfully treating RMSF.

Dengue fever is not a vector-borne illness that’s commonly found in the US, but you could get this from mosquito bites while vacationing in tropical and subtropical locations. Mosquitoes can carry four types of dengue viruses and a mosquito bite is the only mode of transmission. Flu-like symptoms of chills, fatigue, and severe body aches often show up within the first 10 days of being bitten.

The danger of dengue fever comes from the effects the virus causes to blood vessels as it damages them and can cause severe internal bleeding. Blood in urine, stool, or vomit as well as coming from your gums or nose are signs of severe dengue fever and should be immediately addressed by a medical professional.

How to Stay Safe

Whether you’re traveling to somewhere like the Caribbean that’s high-risk for mosquito-borne illnesses, camping in the mountains where ticks live, or simply enjoying your backyard, it’s important to know how to stay safe from vector-borne diseases. Using bug spray is a good way to keep these pests away and stay safe. You can also wear long sleeves and long pants to keep ticks off your skin to avoid bites. 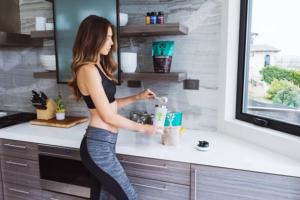 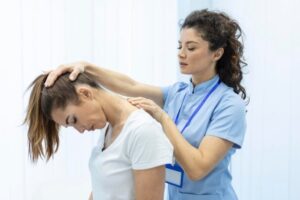