How Drugs And Alcohol Affect Your Mental Wellbeing

Drugs and alcohol alter the way your brain and body function. They cause an imbalance of chemical messengers and neurotransmitters—dopamine, serotonin, norepinephrine, and gamma-aminobutyric acid (GABA)—that help the brain feel, think, create, and make decisions. Drugs and alcohol also affect your mood, overall behavior, and how you view things.

Life’s challenging situations can tempt you to use drugs and alcohol as a coping mechanism or escape. However, these drugs have addictive substances that can elevate the symptoms of anxiety and depression or worsen an existing problem, making recovery harder. Given that the relationship between drugs, alcohol, and mental health is complex, people experience different mental issues. Therefore, what may positively affect one person can harm another. 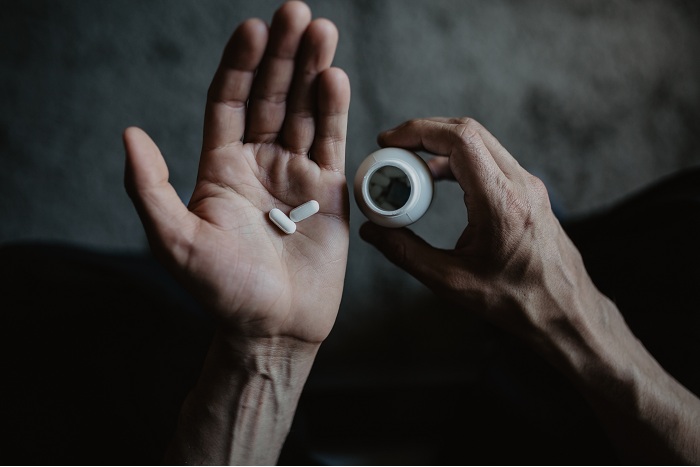 Continue reading as this article will discuss how commonly used drugs and alcohol affect your mental health.

Alcohol is a depressant drug; thus, it initially makes you feel relaxed and friendly. It can entice one to drink more to extend the feeling. Drinking large quantities affects your mood and behavior, making you exhibit unwanted behavior.

Nevertheless, many individuals take alcohol to relieve anxiety and as a way to relax. Alcohol creates a feeling of relaxation by increasing the effects of GABA, which helps create feelings of calm and euphoria. It also lowers glutamate, a neurotransmitter that plays a significant role in learning and memory. Excessive drinking makes it harder for the brain to increase GABA and reduce glutamate. Hence, higher alcohol intake is required for the same result. Your body changes and starts producing more glutamate and less GABA with time.

At this point, you become alcohol dependent, and it can be dangerous to stop drinking right away as you can experience withdrawal symptoms like anxiety, mood swings, nightmares, sleeping problems, etc. To deal with alcohol dependency, you may consult a therapist or follow this link for advice and support.

Nicotine is a stimulant drug in the form of tobacco or vaping that’s highly addictive. Nicotine addiction comprises chemical addiction, habits, and emotional ties. Smoking nicotine affects the chemical in your brain and makes you feel good for a moment. After smoking for some period, your body gets used to it and relies on it to function normally.

Quitting nicotine causes withdrawal symptoms and other mental health issues such as stress, anxiety, irritability, restlessness, and depression. This is because your body is fighting a chemical addiction. Health professionals may prescribe varenicline, bupropion, or benzodiazepine to help reduce dependency and cope with the withdrawal symptoms.

Cannabis, also known as marijuana, hashish, hemp, skunk, or grass, is a depressant, stimulant, and hallucinogen drug. Individuals use marijuana as a way of relaxing and getting high. The effects of cannabis greatly rely on the amount you take, your tolerance level, your genes, and the type of cannabis you use. Its effects are feeling relaxed, talking too much, finding things exciting and laughing a lot, and hunger.

If you’re experiencing anxiety and depression, cannabis use can further lead to mental health issues such as impaired short-term memory, attention, judgment, coordination, balance, and other cognitive functions. It can also cause paranoia, psychosis, and sleeping problems.

Long-term use can lead to marijuana addiction, mild depression, potential loss of IQ, schizophrenia, and risk of other drug use.

Cocaine is a stimulant drug found in two forms; cocaine powder and crack cocaine. The former is snorted while the latter is smoked. Cocaine is highly addictive, notoriously impure, and difficult to stop once you start getting addicted to it.

The short-term effects of cocaine include being overconfident, active, and full of energy. However, high doses may cause delusions, hallucinations, depression, and suicidal thoughts.

LSD is short for lysergic acid diethylamide. It’s a hallucinogen made from lysergic acid, found in a fungus called ergot. The use of LSD sometimes causes frightening effects, commonly referred to as a ‘bad trip.’ LSD makes you lose touch with your surroundings and engage in risky things like attempting to fly.

The mental health issues resulting from LSD use are detachment from surroundings, hallucinations, panics, anxiety, worsening symptoms of schizophrenia, and thoughts of committing suicide.

Ecstasy is a synthetic drug that alters mood and perception. It’s chemically similar to hallucinogen and stimulant drugs, emitting feelings of pleasure, increased energy, time perception, and emotional warmth. Like cocaine, ecstasy is highly impure and contains other chemical substances.

Ketamine is an anesthetic commonly used in animals. It has antidepressant properties and is being studied for use in depression treatment. However, the drug has hallucinogenic properties that cause users to feel detached from reality.

Excessive drug and alcohol use can cause severe mental health conditions that can significantly affect your life. Thus, it’s best to minimize or completely cut off the use of drugs and alcohol. If you’re dealing with addiction, you must seek help from a therapist for diagnosis and treatment. In severe cases, a therapist can recommend rehabilitation to help you fight addiction for successful recovery. Furthermore, if you’re taking antidepressants, it’s crucial to note that most drugs and alcohol can interact with the medication and reduce their effectiveness or worsen your symptoms.