Even though food is a highly cultural element and in spite of every country having their own ways of cooking, serving and styling food, there are some well-known ingredients which could be asked for anywhere around the globe with a new dish as a response. From risotto to congee, from Mexico to Indonesia, every country makes use of this varied and versatile ingredient. That’s it: rice. Long grain white rice or brown rice. Rice or pasta, like orzo, for lunch or in a dessert, rice has proven to be one of the most popular elements in the many cuisines all around the world.

Originally, rice was first known in China and we’re talking centuries and centuries ago. Taking a speed trip in time, we’ll find rice is now planted in almost every continent and many countries’ diets depend upon rice at a really high percentage. The thing about rice is that, even though it loses most of its nutrients along the process, there are ways to make it nutritious and that’s mainly because of how versatile this ingredient is.

No joke intended, if you pay attention to how rice is used in the different countries, you’ll see rice for lunch, for dinner, for breakfast even in some desserts and there’s even a drink you can make with rice flour. Rice cannot only be used as a grain: shredding it down and making rice flour will open the doors for many more recipes. It’s worth mentioning that boiling rice takes no more than twenty minutes and making rice flour takes just a couple of minutes. Both options are great when you don’t have much time or when you want to leave some parts of the recipe ready in advance.

Rice flour can be used, for example, in baking or as a thickening element, it can be used to make drinks or even sweets. Simple as it sounds, making rice flour only takes two steps and you’ll only need a blender or coffee grinder and the rice type of your preference.

But what’s the point in knowing how to make rice flour without a rice flour-based recipe to go with it?

So, here it goes, in this case you’ll be able to make a typical Middle Eastern dessert called Muhallebi, a milk pudding typically eaten during Ramadan. You’ll need to let it cool down for at least four hours so it can be a good idea to make this dessert the day before you’re planning to eat it.

As a final note

This Muhallebi can also be made with cornflour which is a gluten-free ingredient. Cornflour is of course made of dried corn kernels. It can be used in a similar way to thicken up mixes in baked goods and it is as versatile as rice flour. 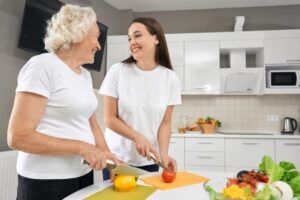 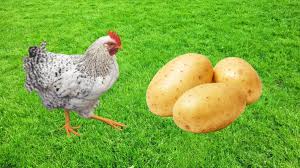 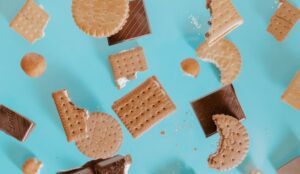