The ever-growing popularity of electronic cigarettes over the past few years has spurred countless discussions on them being a far superior alternative to tobacco. Even diehard smokers are now transitioning to e-cigs in the hope of improving their health and avoiding the negative side effects of smoking.  However, as with any wildly successful product, there have also been questions about the safety side of things, partly due to the fact that not everybody is familiar with the matter. 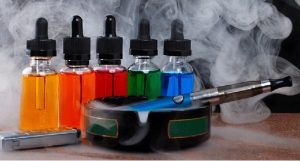 The number of scientific studies already conducted shows a staggering advantage of vaping to smoking. If you would like to learn more about the benefits of switching, you can find an awesome article about that at https://www.theguardian.com/science/sifting-the-evidence/2017/dec/29/e-cigarettes-vaping-safer-than-smoking. It turns out that the former is up to 95 percent less harmful, and this is a fact that one can hardly argue. There are still people, however, who are concerned about the safety of using e-liquids, and these concerns make them shy away from giving e-cigarettes a try. Luckily, fears and prejudice can be easily overcome by taking a closer look at what exactly vaping liquids contain and gaining a better understanding of these ingredients.

Before we go into any detail about e-liquid ingredients, we need to give a definition of the term. That is, because the phenomenon is unfamiliar to people outside the vaping community. So, is there a difference between vape juice, e-juice and e-liquid, and is that important?

The three terms really signify the same thing, and it is the operational liquid that is fed into the electronic cigarette. Heating it results in the vapour that we see coming out of the device when we vape. Cloudride Vapor advises that quality e-juice usually has only a couple of ingredients. This not only makes things far less overwhelming than expected, but it also means it’s quite easy to judge just how safe the resulting liquid is.

The main ingredient, which is always present in an e-liquid is Propylene Glycol (check out this article for more information). It’s a chemical compound which has no taste or smell and is used as a base. The FDA has declared it safe to use in food and vaping devices because it has shown little to no adverse effects on the human body when consumed or inhaled. Vegetable Glycerine comes next, and it is such a widespread plant oil substance that’s in almost every other food or cosmetic product, that we can safely say it’s totally fine for human consumption. Another must-have element is flavoring, which can be either natural or artificial, but it’s the same kind we are used to seeing in any supermarket food.

Nicotine is yet another vape juice component, however, it is optional. Its presence in vaping products often has the main purpose of curbing an ex-smoker’s appetite for nicotine, so it’s totally up to the vaper to decide whether or not their e-cigarette liquid will contain it. While many people’s concern about the health impact of e-cigarettes is caused by vaping nicotine (or by not vaping it, as you can see at https://www.vapingpost.com/is-it-safe-to-vape-without-nicotine/), it doesn’t actually pose any health risks to the consumer. It’s the addictive nature of the substance that should be considered actually, but it has already been determined that inhaling nicotine vapour is much safer than the burning process involved in smoking. And smokers or future ex-smokers are already hooked on nicotine in the first place.

The Label Tells It All

With so many e-liquid varieties on the market, it’s easy to get disconcerted and confused about which company and brand to trust, and which not. If you are confused and need a hint at telling high quality apart, take a good look at the label.

You can judge a lot about how professional a label is made by checking whether there is a thorough list of all ingredients, as well as the usual warnings about nicotine, in case it is present. E-juice nicotine strength should, by all means, be specified as well, so make sure you check whether it has been prominently displayed. Obscure descriptions lacking in information should always raise a red flag about how much the product can be trusted.

These pretty much sum up the basics of e-cigarette liquids. Remember that while you shouldn’t avoid smaller companies for fear of the quality of their products, more well-known and responsible labels are sure to deliver vape liquids that have undergone enough checks and are subject to strict regulatory supervision and oversight. You can do your part by investigating customer reviews and paying attention to the ingredient list. 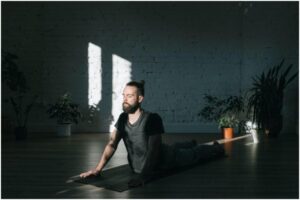 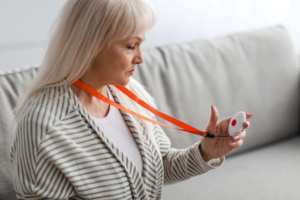 Importance of medical alerts for seniors 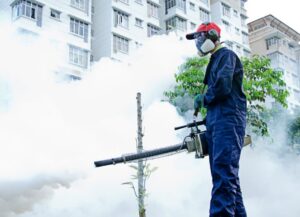 How Long After Fumigation Is It Harmless for Baby and why?