In 1963, three Canadian physicians gave a name to a rare condition which was characterized by a decline in brain function. The condition eventually led to those areas of the brain which were affected, dying as the nerve cells are destroyed. This disorder was named progressive supranuclear palsy (PSP) although it is sometimes referred to as Steele-Richardson-Olszewski syndrome after the physicians.

The disorder affects roughly 6 out of every 100,000 people. It has not been shown to affect any particular demographic, with men and women, regardless of geographic location or race, being affected somewhat equally. Some studies show a slightly higher prevalence of the condition among men. In rare cases, there have been patients who had the condition genetically passed down to them, but the pattern is not thought to be widespread. 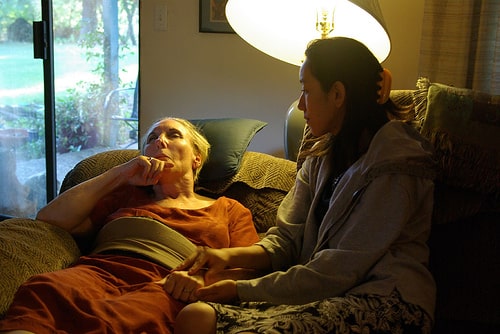 PSP has many symptoms, with the first signs for most affected persons being an inability to maintain their balance. This lack of balance leads to repeated falling. They may also begin to experience visual problems and become noticeably slower while doing normal tasks. Loved ones may also see a shift in the personality of those afflicted.

As the disorder progresses, affected persons begin to display signs of dementia and slurred speech. They will have problems swallowing, and moving their eyes, especially up and down, will be difficult. The muscles of the face may also contract, and the eyelids will not respond in the way they used to.

Swallowing is one of the essential functions of the human body. Clearly, if this becomes affected, drastic measures such as feeding tubes must be utilized to ensure that the patient is able to get much needed nutrients. Improper swallowing can also lead to lung infections or pneumonia.

However, supranuclear palsy swallowing therapy can be utilized to retrain patients to use their muscles. This will help to ensure that they can swallow safely. With supranuclear palsy swallowing therapy, a number of maneuvers may be implemented to help patients. These include the chin tuck, the head turn, the Mendelsohn Maneuver, supraglottic swallow, and also what is known as effortful swallowing. A speech therapist is often consulted along with other health care professionals. The speech therapist usually determines what swallowing techniques will be used in the therapy.

This involves moving the chin towards the chest while swallowing. This has the effect of preventing organic matter from entering the airway. The food is therefore directed away from the trachea and into the esophagus.

Patients with supranuclear palsy may experience numbness or weakness on one side of the throat. By turning the head towards the weaker side the flow of food is restricted to the stronger area.

This method can be difficult for sufferers of progressive supranuclear palsy. It involves asking the patient to squeeze the neck and head muscles as hard as they can when they are swallowing. The added effort is expected to push the food past the trachea and down the esophagus.

This involves four steps to help with swallowing. The first thing the patient has to do is inhale and while holding their breath (the second step), then the food is moved into the swallowing position. The third step is to swallow while still holding the breath. Once the food is swallowed, the patient must then cough (the fourth step) in order to remove any food particles that may have gotten into the larynx.

Caring for an individual with progressive supranuclear palsy can be a taxing experience. It takes a toll not only on the patient but also on their loved ones who watch them slowly deteriorate. It should be noted that there is no cure for the condition, but many steps can be taken to ensure a level of comfort which is dependent on how quickly the disorder progresses. Once the swallowing therapy is no longer effective, then a feeding tube has to be used to ensure continued caloric intake.

Caregivers can also use spoons with special grips, plates with rims for meals, and try to make sure that there are no distractions when the patient is eating. It is also important to know the Heimlich maneuver just in case choking does occur.

Good Reasons To Start Using a No Poreblem Primer