To say that sleep is important would be an understatement. In fact, it is super important. Ideally, adults should get seven to nine hours of sleep each night. For those of you who have learned for years how to get by on less sleep, you may think this is too much. Unfortunately, more than fifty percent of adults all over the world are sleep-deprived. Not being able to have enough sleep each night not only leads one to become easily tired the following day. But, lack of sleep also increases a person’s risk for obesity, Diabetes, Cancer, Alzheimer’s disease just to name a few. In other words, you have to get enough sleep and if you are among the many who finds it too difficult to do so, check out the following secrets to getting that sweet and long slumber every night. 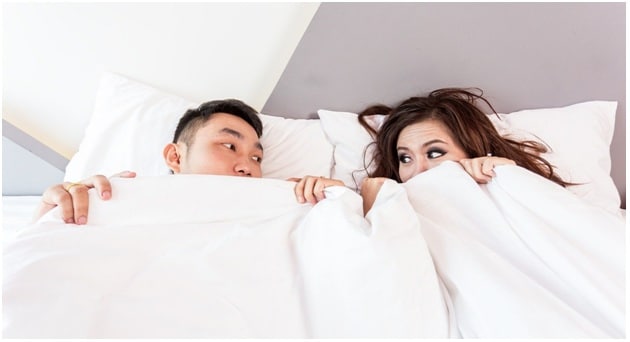 Taking a natural opioid is one effective secret to getting enough sleep. The makers of Kratom IQ highly suggest that people who are suffering from chronic pain and other medical conditions that prevent them from sleeping tight every night should harness the power of a natural opioid. This is because a natural opioid greatly reduces pain while also improving one’s mood – two things that significantly contribute to helping an individual sleep better at night.  In fact, a natural opioid has been used in Eastern medicine for centuries in order to help people who are afflicted with different kinds of health problems.

Opt for a hot bath before bedtime.

A hot bath can do wonders to help you sleep at night because it not only relaxes you. It also leads to the dilation of your blood vessels so that your extra core warmth will be reduced. Besides, researchers also found out that a hot bath before bedtime also enables the pineal gland to send signals to the brain that it is time to start producing that sleep hormone called melatonin. Another study also showed that a hot bath before bedtime improves sleep for as much as 15 percent.

Get rid of blue light.

The blue light spectrum has been known to boost energy and mood during the day. However, if the person is exposed to this kind of light even at night his body’s circadian rhythm will be adversely affected. Alas, blue light is ubiquitous at home where laptops, smartphones, and LED bulbs are also turned on during bedtime. In other words, your mobile gadgets could be teaming up so you would become a certified insomniac, without you realizing it. Even your bedside lamp could also be sabotaging your body’s ability to produce melatonin just when you needed it the most.

Be wary of hidden caffeine.

If you have been avoiding coffee before bedtime and yet still find yourself noshing on chocolates and gulping on a bottle of soft drinks in the evening then chances are high that your ability to get a good snooze is compromised. The truth is that some foods and beverages, like chocolates and soft drinks, do have some amount of caffeine in them. The same is true with a decaffeinated beverage, which still contains caffeine, although in smaller quantities only. But, if you are highly sensitive to caffeine it is better to avoid these before bedtime.

Now that you know these secrets, do not hesitate to share these with your loved ones and rescue them from falling prey to the dangers of being sleep deprived. However, note that sleep should be “enough” because too much of it can also be just as harmful to your health.