An introduction to Lexapro drug

Lexapro drug is categorized typically as anti-depressant medicine that is primarily in white crystal shape. It is chiefly used to treat the anxiety. In several countries, Lexapro drug is strictly a prescription drug that patients should consume only on physician’s advice.

Also, the Lexapro side effects are severe.

What is Lexapro is used for?

The Generalized Anxiety Disorder (GAD) gets anxious easily or start worrying at the extreme level even in non-crisis situations. These patients may start thinking about the family, money, disaster or any other difficulties even with no or little simulation. If such anxiety pertains for more than six months, then individual are categorized as GAD patient.

The GAD patients are comfortable to be scatterbrain, astonished and hard to be relaxed.

There are several symptoms of depression in humans. These symptoms can have some serious impact on one’s rest, the taste of dishes, school life, and job. People who are in depression finds difficult to achieve a joyful and peaceful life. Also, if the person suffering from depression is not seriously treated, then it may occur again.

Some of the common symptoms of depression include losing interest in an average set of activities, depressed emotions, appetite or weight changing, psychomotor agitation, insomnia and dreaminess, fatigue and losing a sense of responsibility or feeling guilty, somnolence, having suicide ideation or attempt, being slow-witted or the impaired concentration.

In the category of mental illness, GAD and Depression are the small diseases. The symptoms mentioned above usually hamper the day to day activities of the patient, or in some cases can disable the patient. These are chronic diseases and take longer duration for complete cure. Lexapro is the right medication for treating the GAD and depression patient for it is approved and of affordable cost.

What are the ingredients of Lexapro?

Lexapro is the ramification of Citalopram, which makes it a selective 5-HT depressant. In Central Nervous system Lexapro enhances the activity of 5-HT by restraining the reuptake of 5-HT. Experiments show that Lexapro has a small impact on dopamine and Norepinephrine. Also, it is a highly selective 5-depressant.

Lexapro contains a linear Pharmacokinetics. The half value period is between 27 hours and 32 hours as its metabolism takes place in Liver. There is no influence of food on the absorption of Lexapro. When one consumes the prescribed dosage of Lexapro, the blood concentration will be stable in a week. For instance, if the patient consumes the 20mg of Lexapro, the blood will be 56% of Lexapro combined with a protein of plasma and the concentration of blood will come to climax in 5 hours.

On its consumption, it is okay to observe the Lexapro metabolize product in the urine but in a small portion only.

A note on Lexapro Dosage

It is recommended that person at first take 10mg of Lexapro and the ideal time to take the Lexapro is in the morning or evening. If necessary, the dosage can be increased to 20mg followed by the first intake and in the second week of medication. Typically, there is no apparent treatment until one month later. The patient should consume appropriate dosage as per the doctor’s advice.

The Lexapro side effects influence several parts of the body

Lexapro side effects in the peripheral nervous system, and a neutral nervous system has common symptoms of – a migraine, involuntary movements and hyperactivity, dizziness, rare tremors and muscle tension.

Lexapro side effects in hypertension and palpitation have symptoms of slow heartbeats, electrocardiographic abnormality, varicosity, over the rapid beat of the heart, and flushing.

Lexapro side effects in a Lymphatic system and blood disorders have common symptoms like the hematoma, rare abnormal anemia, and Lymphadenopathy.

The Lexapro side effects on respiratory system have following common side effects, sinus congestion, and bronchitis, and frequent cough, shortness of breath, rare asthma, pneumonia, and laryngitis.

On Skin also there are side effects of Lexapro, which have following common symptoms, eczema, lipoma, alopecia areata, pruritus, and folliculitis. 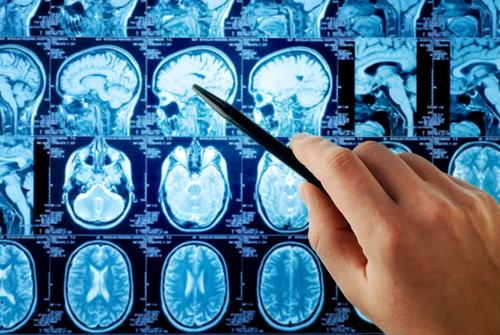 Contradictions and Attentions on using Lexapro

When Lexapro drug is consumed in conjunction with warfarin (non-steroidal anti-inflammatory drugs), one should be careful to avoid the bleeding phenomenon. When the consumption of Lexapro is with cimetidine, AUC and Cmax then it Lexapro can be individually improved to 43 percent and 39 percent.