Do you know that it is thanks to stress that your body can regenerate?Most of us are convinced that stress is harmful.However, if you find out what the stress really serves, what happens next and how to clean up after all this, then your life will come to a completely different level.

So imagine that stress is healthy.

However, there is one condition – that it proceeds as nature has planned. This algorithm works well for millions of years of our species existence.He reacts to threats to health or life through a huge mobilization of all possible resources to save his life.

In natural conditions, it looks like when you meet a bear on the path, a sequence of phenomena begins in your body, which in the space of a second or two will arm you with maximum effort.Fight or flight mode is activated.You do not fight with a bear, but you use all the energy to escape.The body has a huge explosion of energy possibilities – you run as fast as never before.After a successful escape, you enter the process of rest and regeneration.

What cascade of phenomena happens when you see this bear?

The eyes notice the danger, the hypothalamus signals a strong emotion, it activates the pituitary gland that manages the endocrine system and sends a signal to the adrenal glands.The adrenals explode with cortisol (a stress hormone), adrenaline (a fighting hormone) is released and an alarm is triggered throughout the body.Each cell receives an adrenaline signal and then they are divided into two groups one, which refuses to eat, share, regenerate because it saves for the second group, which will soon fight for life and cries sugar, sugar, sugar!

These tissues and cells that take part in the escape take sugar that has been found in the blood, the pancreas must provide the right amount of insulin to assimilate.Tissues and cells metabolize the entirealarm state and exhaust their energy at some point.So, in a simplified way, stress is relieved.

What’s happening at some higher levels than cellular?

There is a change in the distribution of blood that flows mainly where there are muscles responsible for escaping to the limbs, heart, abdominal muscles, diaphragm and into the breathing apparatus.However, it drains from the organs and organ circulation is at a minimal level.This for a short time of escape or struggle is acceptable, but if the stress is long-term, then serious health problems begin due to the limited distribution of resources necessary to rebuild the body.

During severe stress, the distribution of blood also changes in the brain.Exam, performance, lecture, when you feel that you have forgotten the text, that you forgot what you were learning.Suddenly a black hole appears.Blood is not needed when escaping to power your intelligence and other areas of this most civilized part of the brain. 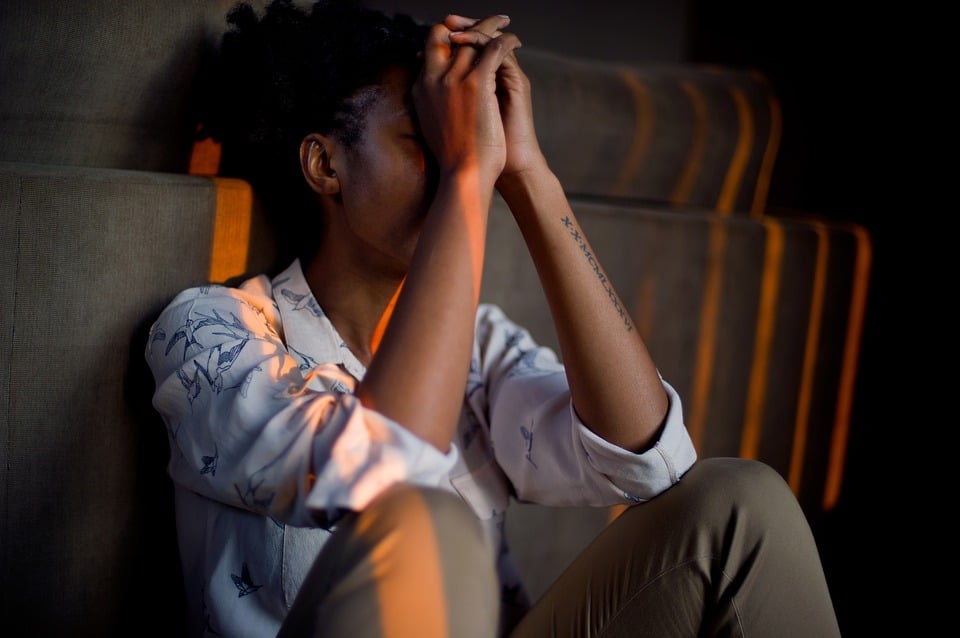 Then you do not need values, sense of humor, knowledge of philosophy – you will not use it in contact with the bear.Then a completely different part of the brain activates, so-calledhindlrains called the reptilian brain (primitive), where they are ready, very brief instructions, what to do in such a situation.And therefore you lose your intelligence for this time.

Adrenaline is a substance that reduces activity or even turns off the immune system for some time.All energy goes to the defense of life.Therefore, with prolonged stress, we have deteriorated immunity.

In addition, the increased level of adrenaline increases the amount of platelets that are used to make the blood clot faster.The body is prepared at the DNA level for a real fight with the bear.So he also takes into account the fact that he can be hurt and well, so that after wounding the blood will clot more quickly to lose as little as possible.But long-term increased blood clotting is a simple pathway to a heart attack or stroke.

After a successful escape, the immune system turns back on, because in the process of this violent effort, adrenaline has been metabolized.Her signal fades.So all the cells of the body start to reproduce, nourish, return to normal functioning.

How to make stress healthy?

The most important element of this escape from danger is what happens at the end.

So after the mobilization of energy, there is a very intense action and discharge.And thanks to this, this natural stress response algorithm completes and ends properly.When you lie down on anything and rest your body enters a very intense, deep and effective regeneration process.

This process begins with endorphins, then the parasympathetic system (responsible for the rest of the body and improving digestion) mobilizes itself to send various hormones and building substances to various places, begins to rebuild the cells, tissues that have worn out in the process.And this phase decides that stress is healthy.

The important message is that your body regenerates only when it is consumed.If your autonomic nervous system, which manages your entire physiology, does not receive clear signals of the consumption of tissues, systems, cells or energy deficit, then it does not invest in any regeneration.

Nature works to always get the best effect at the lowest cost.So something happens that can happen only when there is a lot of wear.Hence the well-known saying that unused organs are disappearing.

This algorithm is perfect, but can only be turned on for a short time.

The trouble is that most of us live in long-term stress.In general, if something difficult happens during the day, not necessarily a bear, but for example an SMS-bear or a mail-bear, or a bear-bear, mother-in-law-bear – then this whole, previously described reaction arouses.

For example, we receive an email-bear in the office.For reasonable reasons, we do not run to the one who sent us this email, to relieve tension, we do not break the chair, we do not throw our throats.Only we have to stop it somehow.

However, when you receive a bear email and you will not be running anywhere, you stay in the air and sit on the screen stiff, on a shallow chest breath, with an oxygen-free brain, with the intelligence off.For this you have excess blood sugar, strained all muscles and you have to adequately react to the crisis that takes place on the computer screen.Often, then you unload your keyboard and write an e-mail with – I recall – turned off intelligence.

And it happens differently in life.

You can get a few bears’ emails during the day, meet a bear boss, a bear collaborator, and then drive in a traffic jam hurrying somewhere.And you can not unload, that is, explode outside.The effect is that you return home in the evening and you are completely immersed.You feel that there is no energy in you and you just want to sleep.

The body is under the influence of cortisol, has elevated sugar and is unable to enter regeneration mode.If you fall asleep at this point, you will wake up after a while and you will feel completely broken.In the meantime, the body does not need sleep yet.

The best thing to do is move then.

Use your will and start moving (later it will get you into a habit).What is most important for your health in situations of prolonged stress, in situations where you have to endure multiple energy implosion, is movement.Only movement can metabolise excess blood sugar, cortisol, adrenaline and unblock the body’s regenerative functions.

At the beginning it can be hard, but if you feel the salutary effect of movement on your mood, attitude to life, well-being, flexibility of joints, it’s easy to get addicted.

Lack of movement causes that during sleep your body, instead of being in regeneration mode, is in the mobilization mode.You wake up tired, you do not regain energy, you do not regenerate, so you get old.

How to fight long-lasting stress?

It may not be easy for your surroundings too.People who live in prolonged stress become self-centered.Long-lasting stress does not stimulate you to compassion, brotherhood, love.Just the opposite.It is only in exceptionally developed people that stress may not interfere with such feelings and attitudes being still active.

So what do you have to do?

Before going to sleep, you need to get away.The minimum dose of movement recommended by physiologists that save your sleep and regenerative processes in the body is

See how easy it is.

The best in this case will be aerobic exercise.

Depending on what you like, what is the state of your health and what is the weather outside the window

If you need to exercise the company, use fitness halls that grow like mushrooms.Not only will you get a good night’s sleep and sweat, you will also rebuild muscle mass, strengthen joints and charge with positive energy.

It may also be that after work you do not want to see anyone anymore or you can not leave the house.In this case, with the window open, you can. As you can see, there is no explanation why you can not do it.What’s more, if your partner wants to play sports, do not forbid it, just support.

Sustained stress is devastating, but it will not destroy you if you give it a chance.Unused organs are disappearing, so choose exercises for your preferences and practice for health!

And remember, the theory will only be useful if you use it in practice!