Although arthritis is common, it’s also misunderstood. Any age, sex, or race can develop arthritis, and the reasons for arthritis are not always obvious. However, many symptoms are common across the board, including swelling, stiffness, decreased range of motion, and pain in the joints. Some people even develop knobby joints or issues with organs. Whether you are at risk for arthritis or have a history of it in your family and want to know more, there are some things you should know.

Must Read 10 Best Ways to Get Rid of Arthritis Pain 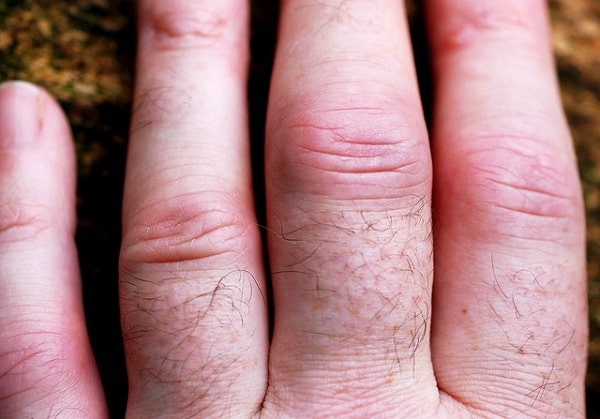 Here are five facts about arthritis that are surprising:

1. Arthritis Can Affect Any Joint In The Body

There are 203 joints in the adult human body, and each of those joints can develop arthritis over time. Not surprisingly, most of these joints are subjected to wear and tear that can break down the buffer between two bones, causing friction, inflammation, and pain. The joints that are most prone to arthritis include the fingers, hips, back, knees, and ankles.

2. Women Are Most Likely To Develop Arthritis

The Arthritis Society found that about 2.9 million Canadian women have arthritis, and that number is expected to skyrocket to 3.9 million by the year 2026.  Furthermore, about 1 in 10 Canadians (or about 3,000,000 people) have osteoarthritis (OA), with women being twice as susceptible to OA than men. Additionally, about 300,000 people in Canada have rheumatoid arthritis, but three times as many women have it. Those with lupus often develop arthritis, too. Lupus is considered a woman’s disease, even though men can develop it as well. In Canada, women develop lupus 8-10 times more often than men.

4. More Than 100 Types of Arthritis Exist

Believe it or not, you can get more than one kind of arthritis. Presently, osteoarthritis is the most common arthritis in Canada. The second common type is rheumatoid arthritis. Next, there is fibromyalgia, which feels less like joint pain and more like a blanket of muscular pain that affects the neck and shoulders. Those who suffer from fibromyalgia often have disrupted sleep patterns and chronic fatigue.

Another type that has been gaining attention recently is ankylosing spondylitis (AS), which is chronic inflammation in the spine and mainly affects younger individuals. People over 40 years old are rarely affected.

Other types of arthritis or diseases that cause it include:

5. Being Overweight Increases The Risk

Having an unhealthy weight is connected to many health issues, including cardiovascular disease and diabetes. Yet, the risks do not stop there. Being overweight or obese has been recognized as a risk factor for developing osteoarthritis. With recent studies revealing that more than 50-percent of North Americans, including Canadians and Americans, being overweight, an explosion of osteoarthritis is expected to occur as this overweight population ages. After all, any weight-bearing joints like the knees, hips, and back, are going to be worn down faster if you are carrying extra weight than if you were at a healthier weight.

Hopefully, you have learned some important facts about arthritis. More facts on science, health, and lifestyle are available on the online facts collection site which are deeply researched. Also, If you have arthritis or have questions about the disease, contact a doctor to get more information.